Immune systems are typically split into two categories: innate and adaptive. Innate immunity refers to defense mechanisms that do not require the organism to have seen a particular pathogen or threat before to defend against it. In other words, organisms have inherited defense strategies that have evolved over time and are shared across the population in question.

Some examples will help here: plants, like all invertebrates and some simpler vertebrates, only have innate immune systems. Plants therefore do not develop immunity over time or after infection, as humans do; if a plant survives Tobacco Mosaic Virus once, it will be equally susceptible the following season. That does not mean the plant has no defenses, though: many plants have special receptors on the surfaces of their cells that recognize pathogen-associated molecular patterns (PAMPs) and start defensive signaling cascades. The PAMPs recognized by a given plant species evolve over time, and include pieces of fungi, bacteria, and viruses that are common across invaders. For example, these plant receptors bind to flagella, viral capsid proteins, and many other molecules that are “not plant,” and, once such molecules are seen by a cell, the plant cell initiates a chemical cascade that alerts neighboring cells to threats, decreases gene transcription (which in turn inhibits viral replication), and even quarantines infected areas of the plant.

The PAMPs that a given plant recognizes are not learned by the individual plant, but are a function of the plant’s genetics and evolution, and hence we call this sort of immune signaling system innate. This is just one example of innate immunity, and humans have many processes that are similar to this, including a series of receptors called Toll-like receptors that respond to conserved bacterial proteins just like plants do. 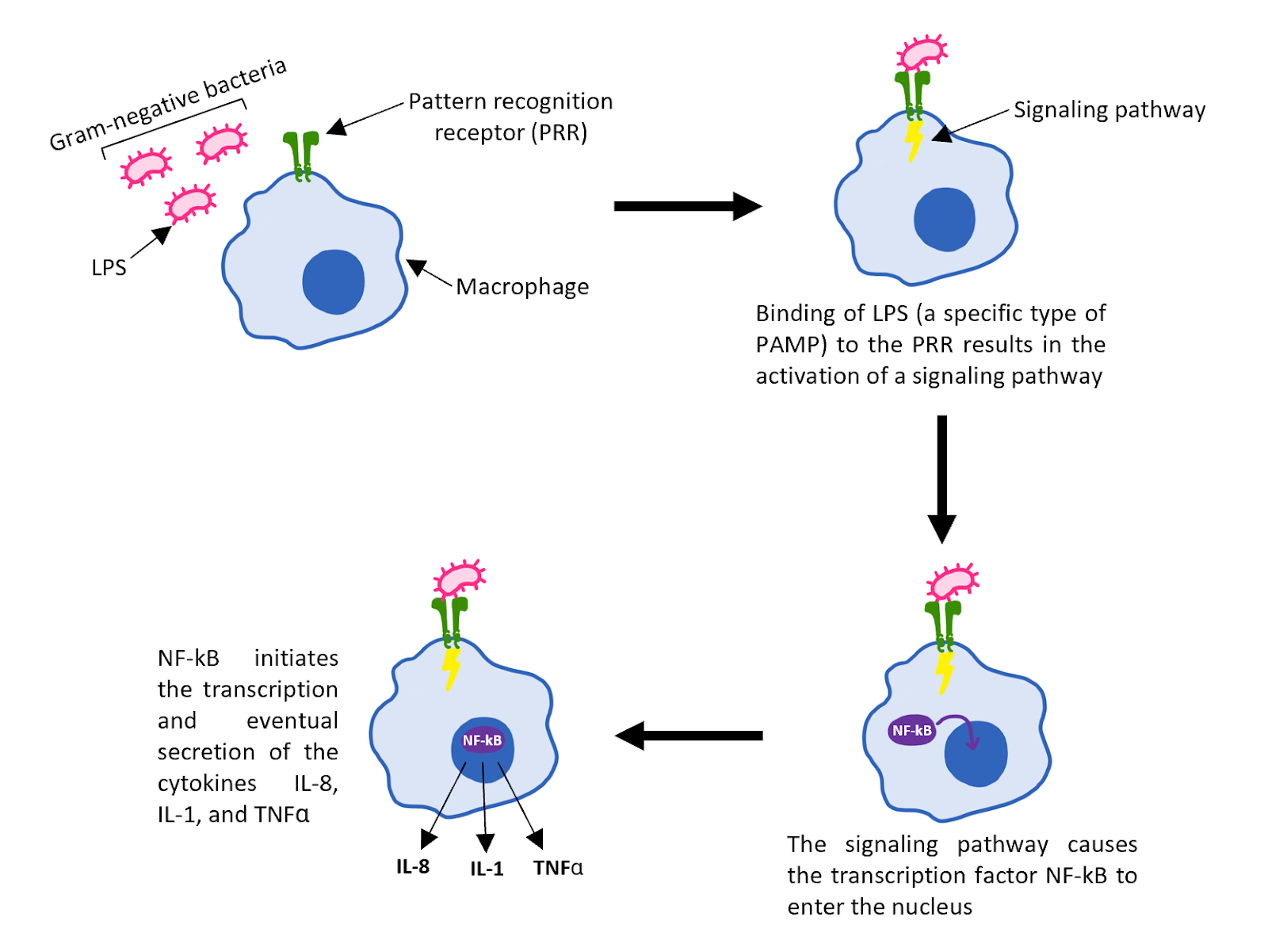 While invertebrates and many simpler vertebrates must rely on only innate immunity to survive, human and higher-order vertebrate immune systems leverage both innate and adaptive strategies. Adaptive immunity (sometimes called acquired immunity) refers to defense mechanisms that develop and change according to the pathogens that an individual organism is exposed to. In practice, this means that what individual organisms are immune to can vary within a group, as we see commonly with humans who develop immunity to a given pathogen only after exposure.

We will discuss the different cells and processes involved in adaptive immunity in greater detail in another post, but as an introductory example, consider T cells. Unlike cells of the innate immune system, T cells have receptors that are semi-randomly generated, resulting in a wide array of T cell receptors even within an individual organism. Instead of recognizing common pathogen proteins, these receptors recognize arbitrary protein fragments, depending on the shape of the individual cell’s receptors. When an organism gets infected by a particular pathogen-- say, poxvirus-- one of the millions of T cell receptor varieties in the organism might bind to a protein fragment from the virus. If that happens, the T cell with that particular receptor gets activated and starts the process of cloning itself, resulting in an army of T cells with receptors that are responsive to poxvirus. This army can then defeat the immediate infection (with the help of many other cells that we will cover later), but a reservoir of these particular T cells sticks around, ready to respond if they see poxvirus fragments again, resulting in long-term immunity. In this way, some individuals in a population may have developed poxvirus immunity while others have not, which is a key differentiator versus innate immune defense mechanisms that are shared across the population. 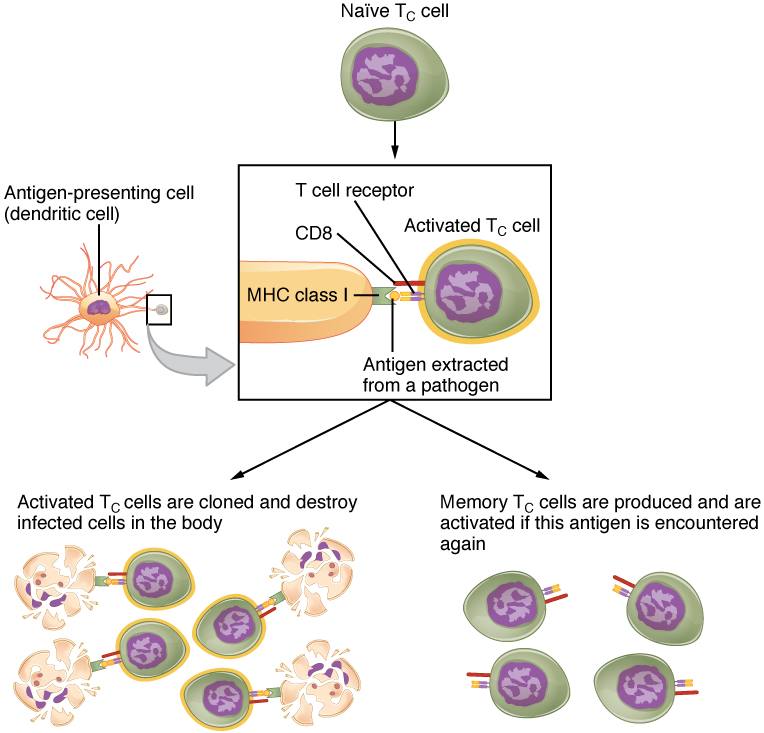 In the next post, we will discuss some of the different cells and processes involved in human innate and adaptive immune responses in greater detail; see you then!