We had a post introducing the immune system today, but given the state of the country, we would like to pause for a moment. All around the United States, people have expressed rightful shock and dismay at the murder of George Floyd by Minneapolis police officers who suffocated him for 8 minutes and 46 seconds. In solidarity, many have sat in silence for 8:46, acknowledging and grieving the loss of George Floyd, and the larger problem of systemic police violence against Black people in this country.

But George Floyd is one of many, and to many who are part of or active in the Black community, the only surprise is that so many across the country are surprised. It’s easy to point fingers at police departments and overt racism, and say, “It’s them, not me,” but the truth of the matter is that this country has a long history of profiting off of Black lives, and we-- we as in the scientific community and also me as in a white woman born in a white suburb living in a white town-- are all complicit.

For example: HeLa cells were the first human immortal cell line developed. They were derived from cervical cancer cells, and they were successfully cloned in 1953, producing a line of genetically identical (well, mostly) human cells that could be divided and reproduced indefinitely for scientific research. HeLa cells thus became one of the most popular means of studying cellular processes; over 60,000 scientific papers use HeLa cells for research, and HeLa cells have been instrumental in enabling scientific research globally. Not least in virology: Jonas Salk tested the polio vaccine first in HeLa cells; a Nobel prize was awarded to Harald zur Hausen for his research using HeLa cells to clarify the role of HPV in causing cervical cancer; HeLa cells are commonly used to study the molecular mechanisms involved in viral infection for HIV, Zika, measles, and many, many more viruses; and the list goes on.


Surely the scientific community has profited from the ease and availability of HeLa cells, and much of what we have been studying is built on that foundation. But at whose expense?
Henrietta Lacks was a Black woman, born in 1920 in Virginia, who developed cervical cancer around the age of 30. Her cancer was biopsied at Johns Hopkins (the only hospital in the area that treated Black patients) in 1951, and the samples were taken and cultured for medical research without her consent or the consent of her family. She died shortly after, leaving behind five children. She would have been forgotten to history except that her cells had been immortalized, and her name with them, as the first two letters of her first and last name were used to name the cells HeLa.

And for sixty years, we, the scientific community, profited from her literal flesh without so much as a second thought or a penny to her family. It was only in 2013, after the full genome of HeLa cells was sequenced, raising privacy concerns for her descendants on top of the existing ethical concerns, that the Lacks family became aware of the legacy of Henrietta. The National Institutes of Health (NIH), Johns Hopkins, and the Lacks family then formed a committee that gave the family recognition and say in the use of the HeLa cell line and genome. Progress, but small progress. 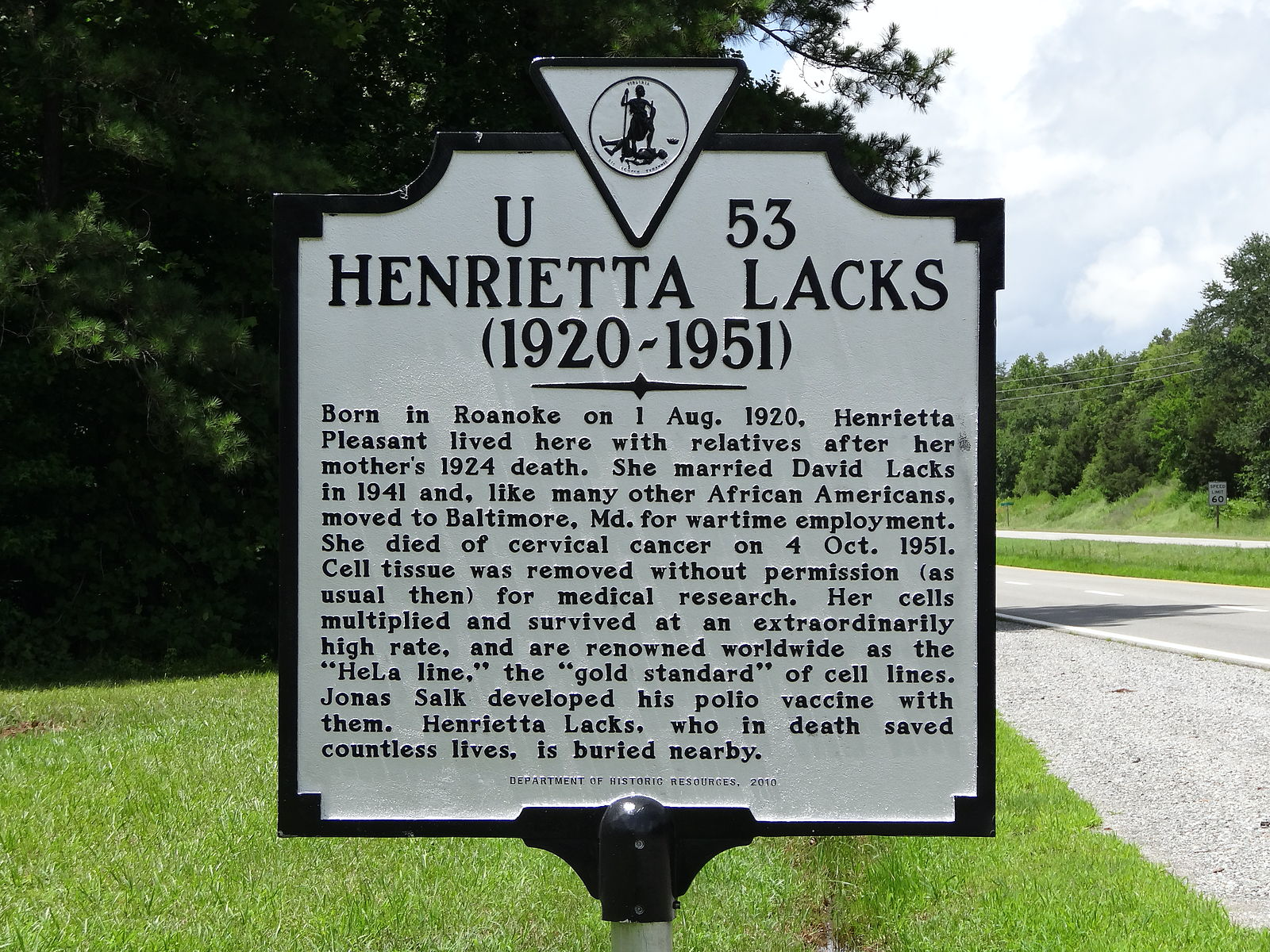 And this is one of many stories. The Tuskegee syphilis experiment. The embarrassing lack of diversity in the scientific community. The list goes on, and we can point fingers backwards or sideways, but the truth of the matter is we are all participants in this system.

What is the answer here? I certainly don’t know, and I fear that something like coronavirus is an easier problem to solve than systematic injustice. But Henriatta Lacks matters. And the hundreds of Black men in Tuskegee who were purposefully not given proper medical care matter. And so do George Floyd, Breonna Taylor, Ahmaud Arbery, Philando Castile, Tamir Rice, Eric Garner, Michael Brown; and the list, tragically, goes on.